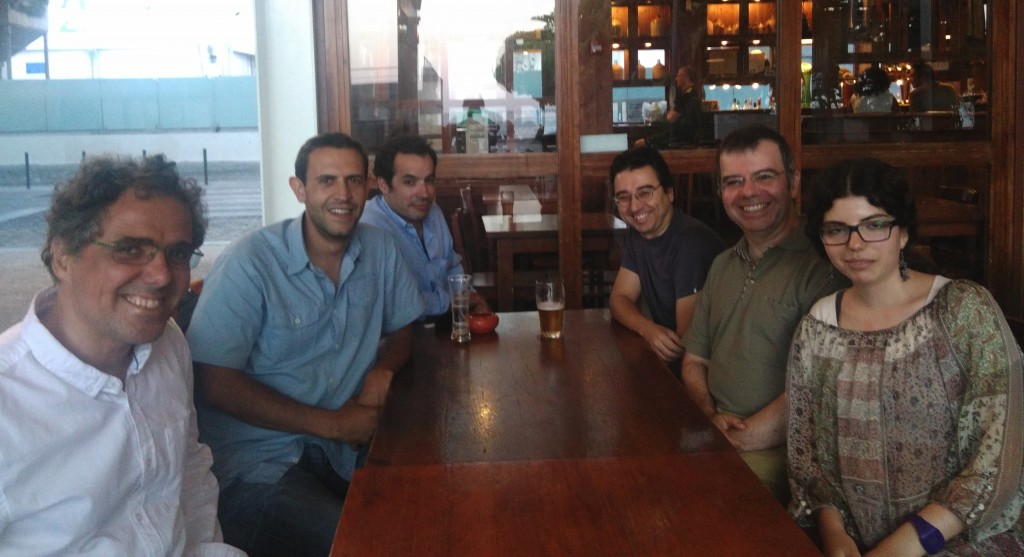 Eight people attended the informal meeting at the bar “Irish & Co.” at Parque das Nações. The first person arrived at 18h00, but two people arrived around 20h00. The group broke up at 21h00.

The chat was varied and lively. We had a few vacation reports (some of us drove all over Europe!), but we also had comparisons between tools, company processes, and the relative difficulty of gathering information.

It was good to see the familiar faces again.

Let us celebrate Late Summer (and the end of many vacations) with and informal meeting:

The participation is free, although you should pay for some food or beverages at the bar. The following photo should give you some idea of what the space looks like.

PS: Besides chatting and getting to know each other, we will also plan future meetings about writing tools.

PPS: This should be the last email from “Technical Writers @ Lisbon” that you will receive directly from me. We will create a mailing list, where you will have independent means to join or leave the list.